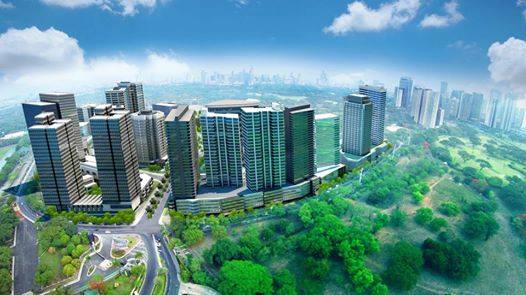 MANILA, Philippines – A growing number of foreign investors are snapping up residential properties in the Philippines, according to CBRE Philippines chairman Rick Santos.

The reason for the increase in foreign buyers is due to the new laws imposed by Hong Kong and Singapore in order to curb speculation in their property markets.

“New restrictive property tax laws in Hong Kong and Singapore will drive more Asian residential investors to the Philippines,” he said in a press briefing in Makati City on Wednesday.

This year, Hong Kong and Singapore have started imposing higher taxes on properties, with the aim of stamping out speculative foreign investment.

Compared to the two cities, the Philippines is now seen as a more foreign-investor friendly destination.

Santos said the Philippines is “one of the most cost-effective and attractive destinations for real estate investors in Asia.”

The CBRE chairman said some foreigners have recently bought into projects in the Philippines. “Number one, it’s much cheaper than Singapore, also from a tax perspective and cost. And from a financing point of view, it’s much more expensive to get financing there,” he said.

Some have found the Philippines a good place to buy secondary properties. Some have opted to invest in “branded” projects, such as the Fairmont Raffles.

“I think people have been happy with their investments here, especially those who invest in US dollars. And also on a yield perspective, these are some of the highest yields in Asia as well. They’re able to buy into the market. Other places in Asia are too expensive,” Santos said.

Santos also noted many of the expats in the Philippines are opting to buy properties, instead of just renting here. Foreigners are among the primary market of high-end and luxury developments in the country.

“The luxury residential sector will continue to pick up, with increasing demand from foreign expats. Expats are now moving from renters to buyers,” he said.

Santos expressed confidence in the Philippine property market, saying it is one of the hottest in Asia. He noted the recent investment grade ratings given by Fitch and Standard & Poor’s to the Philippines will translate to more investments.

As a sign of investor confidence, CBRE said the office sector has remained strong, with office vacancy rates at an all-time low in the various central business districts in Metro Manila.

Joey Radovan, CBRE vice chairman, said overall average vacancy rates of offices in Metro Manila have dropped to 3.21% in the first quarter, from 3.43% in the fourth quarter of 2012.

He attributed the decline in vacancy rates to the positive economic outlook, cost-effective rental rates and dwindling availability of quality office spaces.

In Makati, the vacancy rate fell to 5.07% in the first quarter as more multinational companies expand.
Bonifacio Global City in Taguig, Muntinlupa and Quezon City have also benefited from the increase in BPO locators.

With the decline in office space vacancy, many building owners are pushing up rents.

“The BPOs are here because of costs. I always remind landlords about why the BPOs are here. Since the economy is so positive, it’s easy to raise the rents in Makati, but again it doesn’t help the BPO industry. But at the same time, landlords will have to capitalize on state of economy. It’s a very sensitive balance,” Radovan said.