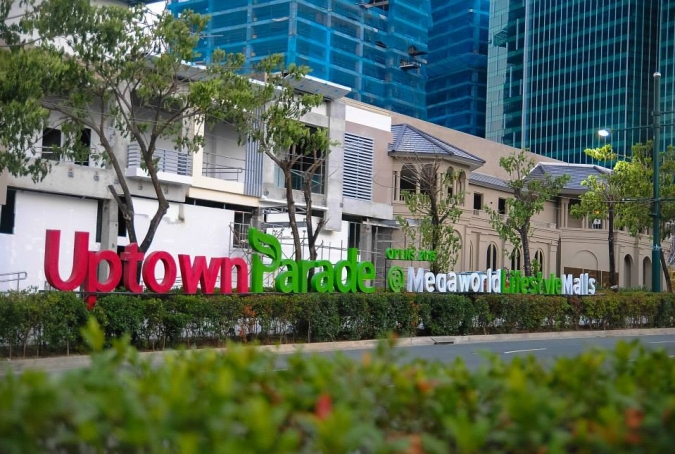 Megaworld Corporation, Philippine’s premier property developer of tycoon Andrew Tan, is making its presence felt in the Fort Bonifacio Global City area in Taguig with the opening of two commercial centers in its Uptown Bonifacio township before the end of 2015.

Kevin Tan, Megaworld first vice president and head of its commercial division, mentioned in an interview on Tuesday that the projects, described as a “full-scale flagship mall and a world-class dining mall,” would increase the property firm’s commercial footprint by 110,000 square meters in gross floor area, or 36 percent.

Megaworld, best known for developing Eastwood City in Quezon City and various township projects in the country, is spending P4 billion for the two malls, which are called Uptown Place, Uptown Parade and The Venetian Mall in Mckinley Hill.

Tan said the projects were in response to increasing demand in the area, a mixed-use development in north Fort Bonifacio.

“We have been trying to accelerate our developments here, which is also the reason why we have decided to put our flagship mall here,” Tan said, citing the sales of its residential condominium towers in the area, as well as the take-up of office space, mainly by business process outsourcing companies.

“We are ahead of schedule,” he added.

Megaworld announced three years ago that it would spend P65 billion to build Uptown Bonifacio into its next signature urban township over a period of 10 to 20 years.

In a statement, Megaworld said Uptown Place would be a five-level upscale mall covering 85,000 sqm of retail and commercial spaces located at the heart of Uptown Bonifacio along 9th and 11th Avenues, 36th and 11th Drive.

“We will bring together some of the world’s most interesting restaurant and dining brands as well as the country’s best party makers in one destination,” Tan said.

Also rising in Uptown Bonifacio are luxury residential condominiums: One Uptown Residences, Uptown Ritz and Uptown Parksuites Tower 1 and 2; modern office towers including the 20-story Alliance Global Tower which will serve as the headquarters of the companies under the Alliance Global Group Inc., which owns Megaworld.