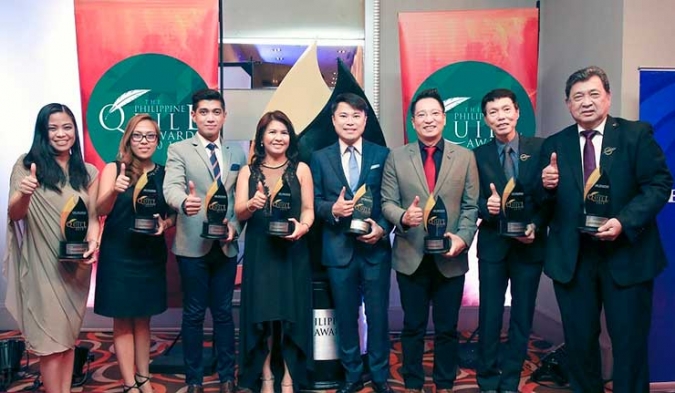 Nineteen individual companies have been officially shortlisted for the 2018 PropertyGuru Philippines Property Awards, which is presented by Kohler.

After a rigorous eight-month period that covered supervised deliberations and site inspections.

The diverse shortlist is led by Megaworld Corporation, two-time winner of the coveted Best Developer award.

Known for its pioneering township developments across the country, Megaworld is the only shortlisted company in two new Best Township Development and Best Township Architectural Design categories.

Next in line with seven nominations is SM Keppel Land Inc., the team behind the acclaimed mixed-use complex The Podium, which is currently being redeveloped and expanded. All of SM Keppel Land’s nods are for this project, including shortlists for office, retail, landscape design, and green development.

This year, several developers with current projects in Metro Cebu and Ilolio also made the cut, led by boutique developer ArthaLand Corporation and its Cebu Lavana Land Corporation subsidiary, which earned a combined five nominations.

Other provincial developers on the list include Cebu Landmasters, AppleOne Mactan, Grand Land, and Canyon Estates Incorporated / G2 Global Incorporated, with a collective haul of 13 nominations.

Dr Jaime A. Cura, PhD, vice-chairman of The RGV Group of Companies, and chairman of the judging panel, attributed the appearance on the shortlist of these emerging companies to the underlying strength of the Philippine real estate sector.

“The Philippines has an active market with quality projects in all segments of the real estate sector. There is healthy competition among a growing number of developers. Besides the big players who dominate the market, there are new entrants almost every year who aggressively launch several projects at a time,” said the new head judge.On the heels of the national government’s bullish ‘Build, Build, Build’ initiative, Dr Cura said the local real estate sector “continues to be a standout in this part of the world,” and the PropertyGuru Philippines Property Awards exists to recognise the continuing emergence of innovations in design, production, and marketing among developers.

“With the adoption of global practices in real estate marketing, a strong financial system that provides both development and buyer financing across all sectors, and the adoption of new technologies, including green technology, in the design and construction of structure, the Philippine property industry remains strong.”

This year’s shortlisted developers will be recognised as Winners and Highly Commended at the exclusive gala dinner on Friday, 11 May 2018, at the ballroom of the Fairmont Makati. There are more than 25 competition and special awards at stake.

Around 300 senior executives and VIPs are joining the black-tie event, including H.E. Dr. Ernesto M. Pernia, the country’s socioeconomic planning secretary and director-general of the National Economic and Development Authority (NEDA), who is scheduled to grace the ceremony.

Terry Blackburn, founder and managing director of the PropertyGuru Asia Property Awards programme, said: “Congratulations to all the shortlisted companies in the Philippines. The local property sector has performed so consistently in the last five years as we’ve seen over the past editions of the Philippines Property Awards, and we can only look forward to its bright future ahead as the sector continues to be major contributor to the national economy and, indirectly, the tourism industry.”